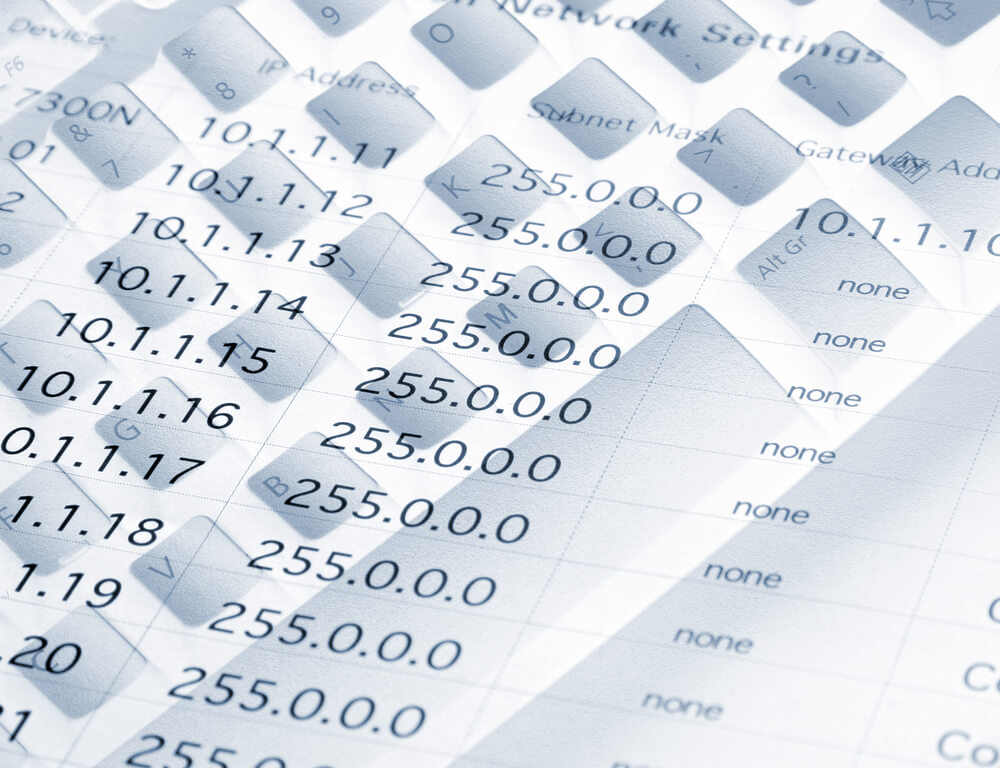 It is normal for large enterprises, especially multinational corporations (MNCs), to maintain an IP netblock or several IP ranges for their website hosting requirements. This approach allows them to quickly set up sites as the need arises. There might be problems, though, when a company relies on a single service provider. Any operational disruption on the provider’s part means a halt to its business as well.

This post tackles the challenges that relying on a single web host brings and how access to an IP Netblocks WHOIS database may help alleviate them. In case you are not fully familiar with the notion of netblocks, check this post for an introduction to the subject.

In this context, we define network concentration as solely obtaining IP addresses for an organization’s corporate infrastructure from a single provider. As you may already know, Internet service providers (ISPs) assign IP addresses to individuals and companies alike for their computers’ use. Unlike individual and small business users, though, large enterprises often purchase netblocks for their sole use. The biggest organizations in the world typically maintain several IP ranges, depending on their number of connected devices. Apple, for instance, owns at least 100 netblocks, including the following:

As shown above, Apple doesn’t rely on a single ISP for its connectivity requirements. And that is good in that, should one go offline, the company’s entire operations won’t suffer.

Organizations that want to ensure business continuity should put redundancies in place; much like they won’t keep their data stored in a single cloud repository, they shouldn’t purchase all netblocks from the same provider. A company that keeps all its data on Amazon Web Services (AWS), for instance, may cease to operate if, for whatever reason, the provider goes offline (i.e., performs system maintenance or repairs).

Several scenarios, both caused by humans and natural disasters, could lead to Internet access disruption. A car ramming into a telephone line or a repairman accidentally hitting an underground fiber-optic cable, for instance, can prevent your employees from connecting to the Web. The same could happen due to an earthquake, flooding, or a hurricane. Any number of unwanted occurrences can easily pull the plug on a connected organization. But any company that has a redundant Internet connection setup can avoid the repercussions of losing connectivity.

How Access to an IP Netblocks WHOIS Database Can Alleviate Risks

The next question organizations need to answer is: How would you know if your network concentration risk is high? One way to do so is by identifying who is behind your company’s netblocks. And you can do that by using IP Netblocks WHOIS Database. You can access the repository in two ways:

For demonstration purposes, we used IP Netblocks Lookup. All you need to identify your organization’s netblocks and their respective ISPs is your company name. Say you want to find out all of Google’s IP netblocks. Just type “Google” into the lookup tool to obtain the results.

Our query revealed that Google has at least 100 netblocks that include:

As shown above, Google maintains several IP blocks under different ISPs, which is predictable as it is the largest search engine operator in the world.

You may be wondering why we needed to list down Google’s IP ranges and see if they belonged to different ISPs. It’s quite simple, really. Google, like many Internet giants, always needs access to the Web to perform tasks and serve its customers and so requires network redundancies.

Spreading your connectivity requirements among several providers assures you that if one fails, your sites will remain online, your employees will have unhindered access to files and applications, and your customers and stakeholders can remain in constant contact with you.

Let us look at examples to demonstrate why maintaining IP netblocks with separate ISPs is ideal.

Setup #1: Websites on the Same or Adjacent IP Netblocks

Let us say that you are a Kamatera cloud service user. It maintains several websites (obtained via Reverse WHOIS Search), including:

We know that these sites are hosted on the following IP addresses based on DNS Lookup API queries:

Note that if you are the websites’ owner, you can skip the reverse WHOIS and Domain Name System (DNS) lookups because you have a list of all your sites and their corresponding IP addresses. To check if the IP addresses are in the same range and/or maintained by a single ISP, use IP Netblocks Lookup. Our queries showed that:

That means that if a cyberattack should hit all Cloudflare’s servers, both sites, among the others hosted on the same netblock, will become inaccessible. The same thing is likely to happen should the provider’s infrastructure be affected by a natural disaster or equipment failure. Such an incident is likely to affect its customers’ operations as well. So, imagine if all of your cloud service requirements were provided by Kamatera and its entire infrastructure is dependent on Cloudflare’s ability to stay online. If Cloudflare is knocked off the Web, you’ll lose access to Kamatera’s services, too.

We’ve seen this scenario unfold with the Synoptek ransomware attack. When the cloud hosting and IT management service provider lost access to its infrastructure, it’s having more than 1,100 customers across several industries in the U.S. also suffer. (Note, however, that the scenario above is hypothetical. Established providers typically distribute their network requirements to third parties as a failsafe.)

Now, let us say that you work for Woot Inc. It maintains several websites (obtained via Reverse WHOIS Search), including:

We know that these sites are hosted on the following IP addresses based on DNS Lookup API queries:

To check if the IP addresses are on the same netblock and/or maintained by a single ISP, use IP Netblocks Lookup. Our queries showed that:

Maintaining a copy of your website on a different host is one way to avoid the damaging effects of a distributed denial-of-service (DDoS) or any other cyberattack for that matter. That might be a reason why Woot has a redundant site maintained by well-known anti-DDoS attack service provider Akamai. It also assures Woot that business will go on as usual even if its main website woot[.]com goes offline due to a problem with Amazon’s servers.

The scenarios we presented in this post may be simple, but they still illustrate the importance of avoiding overreliance on a single provider. Putting all of your eggs in one basket is no laughing matter in this sense. Any untoward occurrence that affects your provider is bound to put your business at great risk, too.

Try our WhoisXML API for free

We are here to listen. For a quick response, please select your request type or check our Contact us page for more information. By submitting a request, you agree to our Terms of Service and Privacy Policy.

WhoisXML API uses cookies to provide you with the best user experience on our website. They also help us understand how our site is being used. Find out more here. By continuing to use our site you consent to the use of cookies.